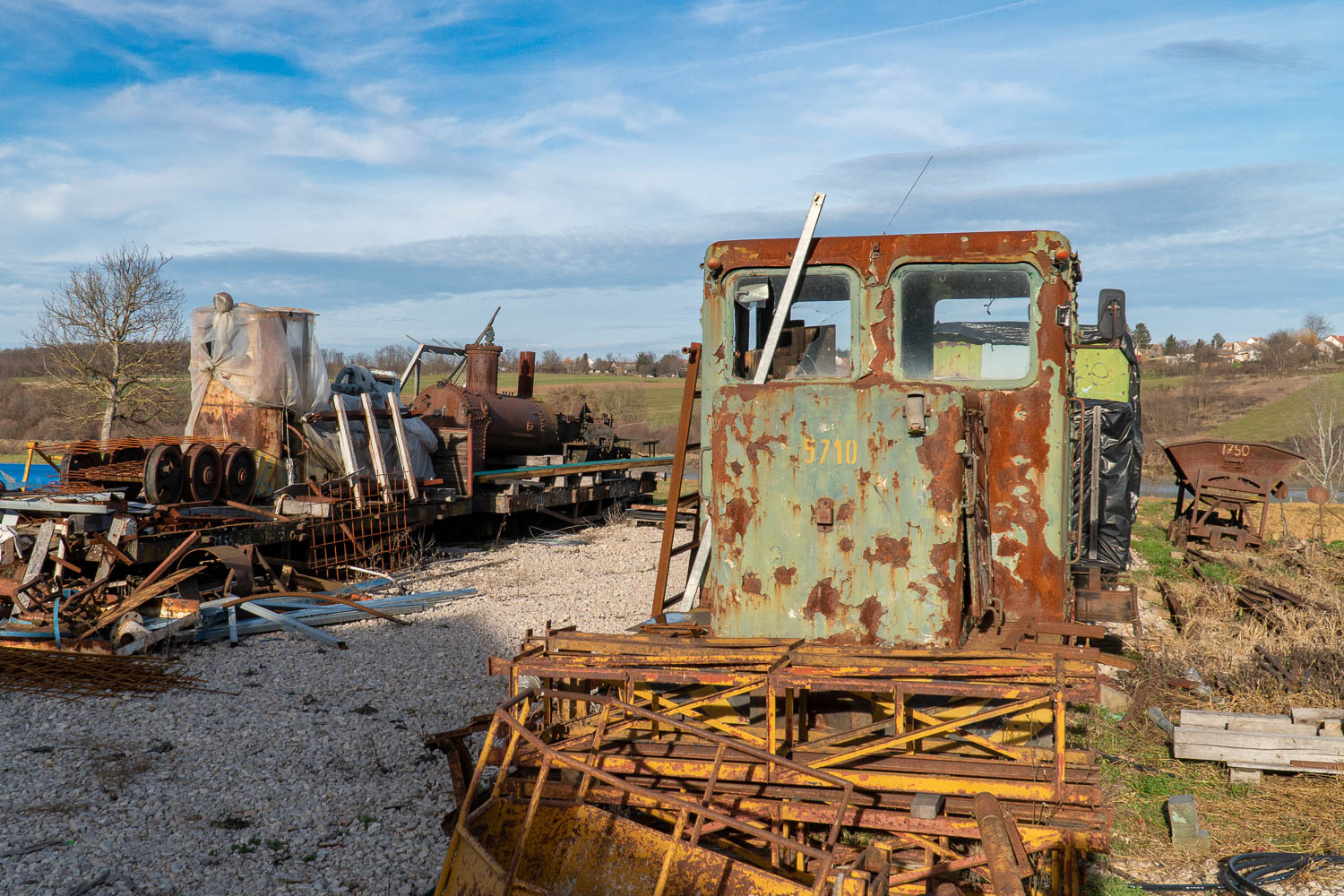 Palkonya (hu), 23 December 2020, 1:46 pm -- The C50 in the picture previously served on the Balatonfenyves Economic Railway. The locomotive – which still has its main parts but is overall in a very worn condition – was purchased from MÁV in 2013. Judging by the looks its fate did not take another turn, but according to the news there is another C50 here, the parts of which are already being manufactured at the iron foundry in Mohács. If all goes according to plan, construction of the track will start in Palkonya within a year, creating Hungary's youngest narrow-gauge railway.