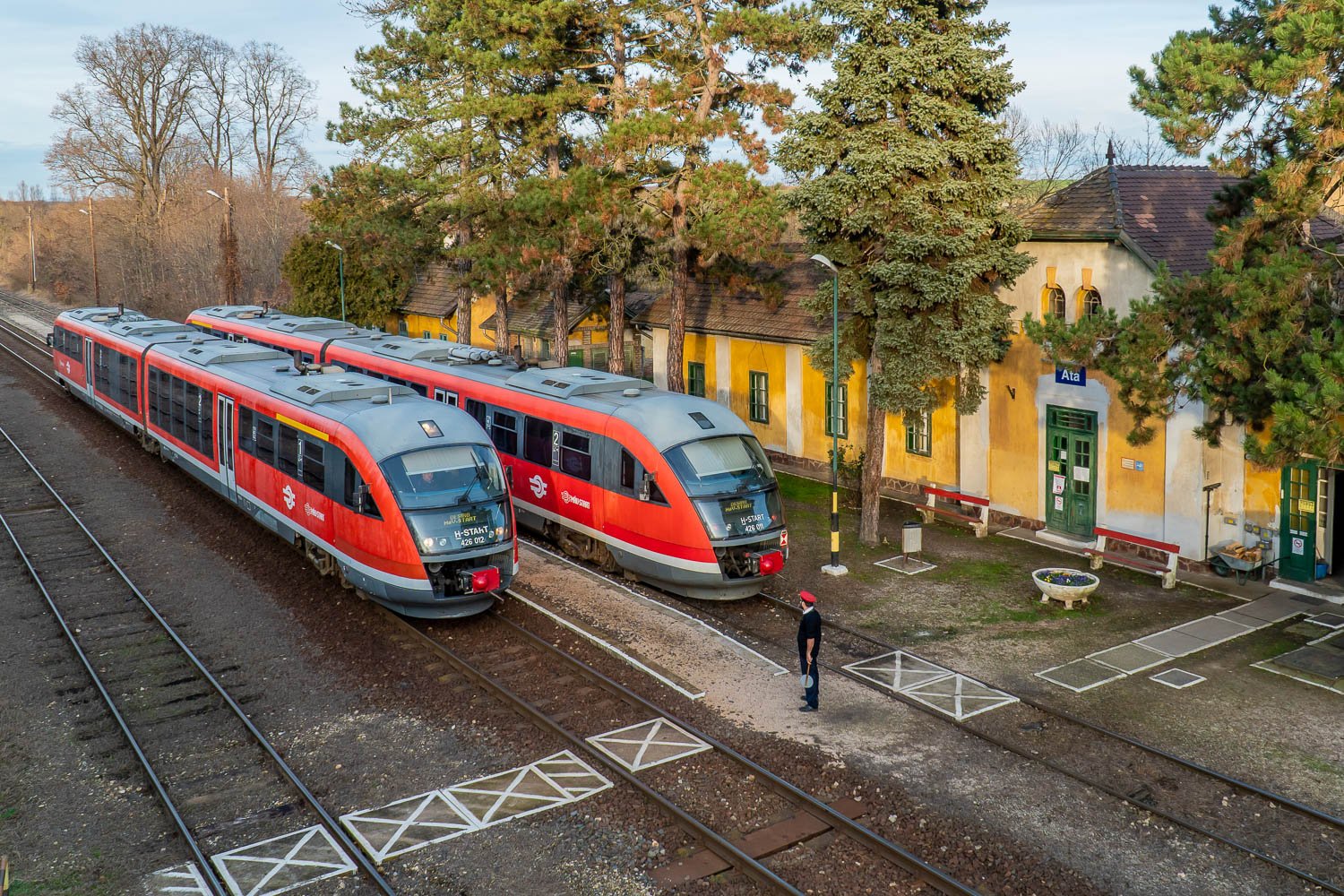 Áta, 23 December 2020, 3:01 pm – The small village did not get a train station because of the barely two hundred people living here, but because it is located halfway between the two railway junctions, Pécsbánya-Rendező and Villány. The distance to here from the former is 15.4 km, the latter 15.2 km. According to the 2020/21 schedule in effect since two weeks, passenger trains meet here five times a day, but the relatively significant freight traffic also gives a lot of work to the railwaymen working here. Special attention should be paid to the unified, steam-era architecture of the station, which was adapted not to the needs of passenger traffic, but rather to serve freight traffic. The middle floor of the building used to provide place for a water house, from which steam locomotives could replenish water at the time.