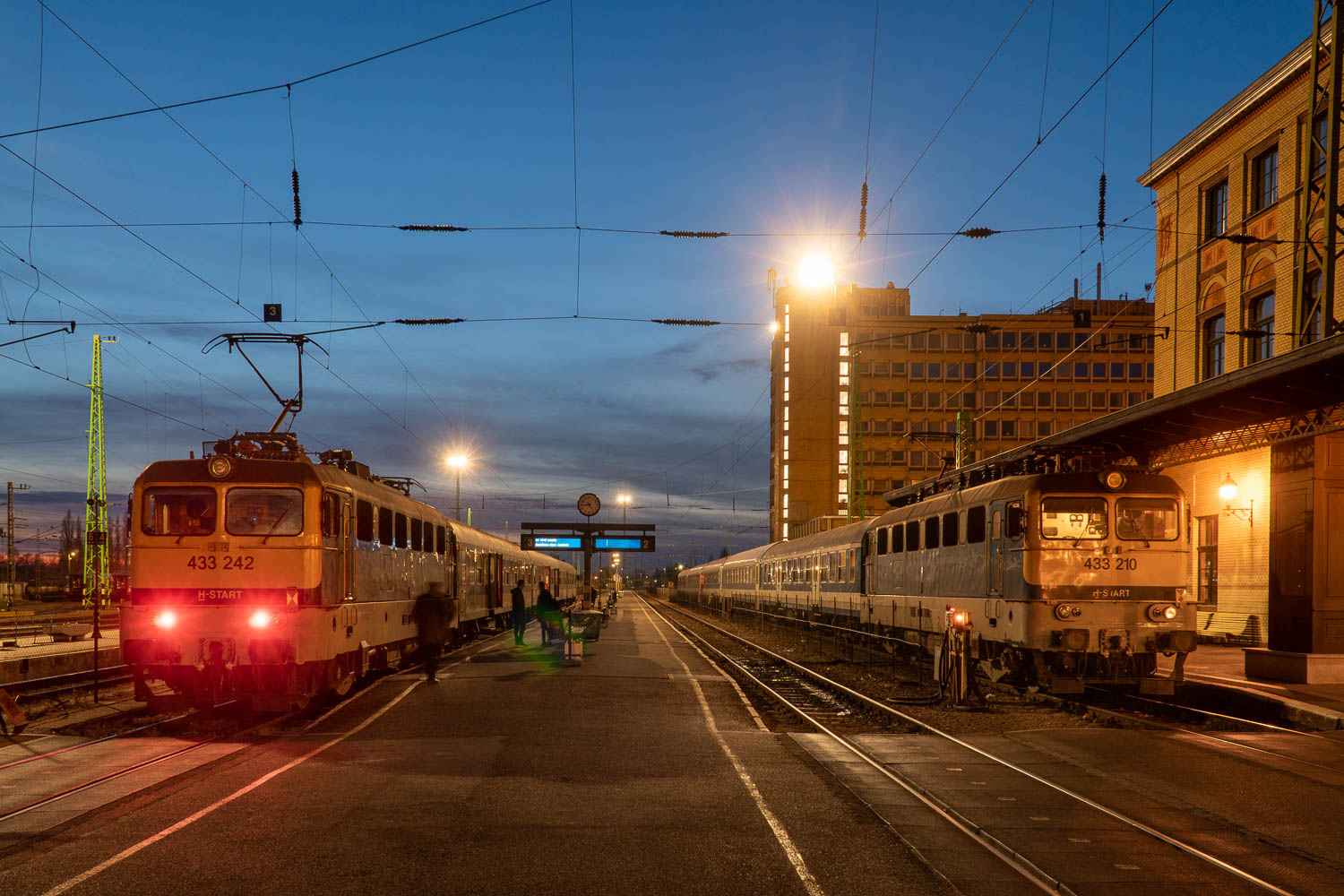 Pécs, 23 December 2020, 4:45 pm – An InterCity train just arrived on the 1st track from Budapest, while from the III. track a passenger train is departing to Dombóvár. On both locomotives you can see a red/white disc indicating the end of the train, the driver controls the locomotive from the control car at the front of the train. In Hungary, only the ICs to Pécs run with a control car, which facilitates the direction change not only at Keleti railway station, but also at Pécs. At more modern stations the setting of switches is controlled centrally, at the touch of a button, but in Pécs, they are being set one by one by switchmen working at both ends of the station.