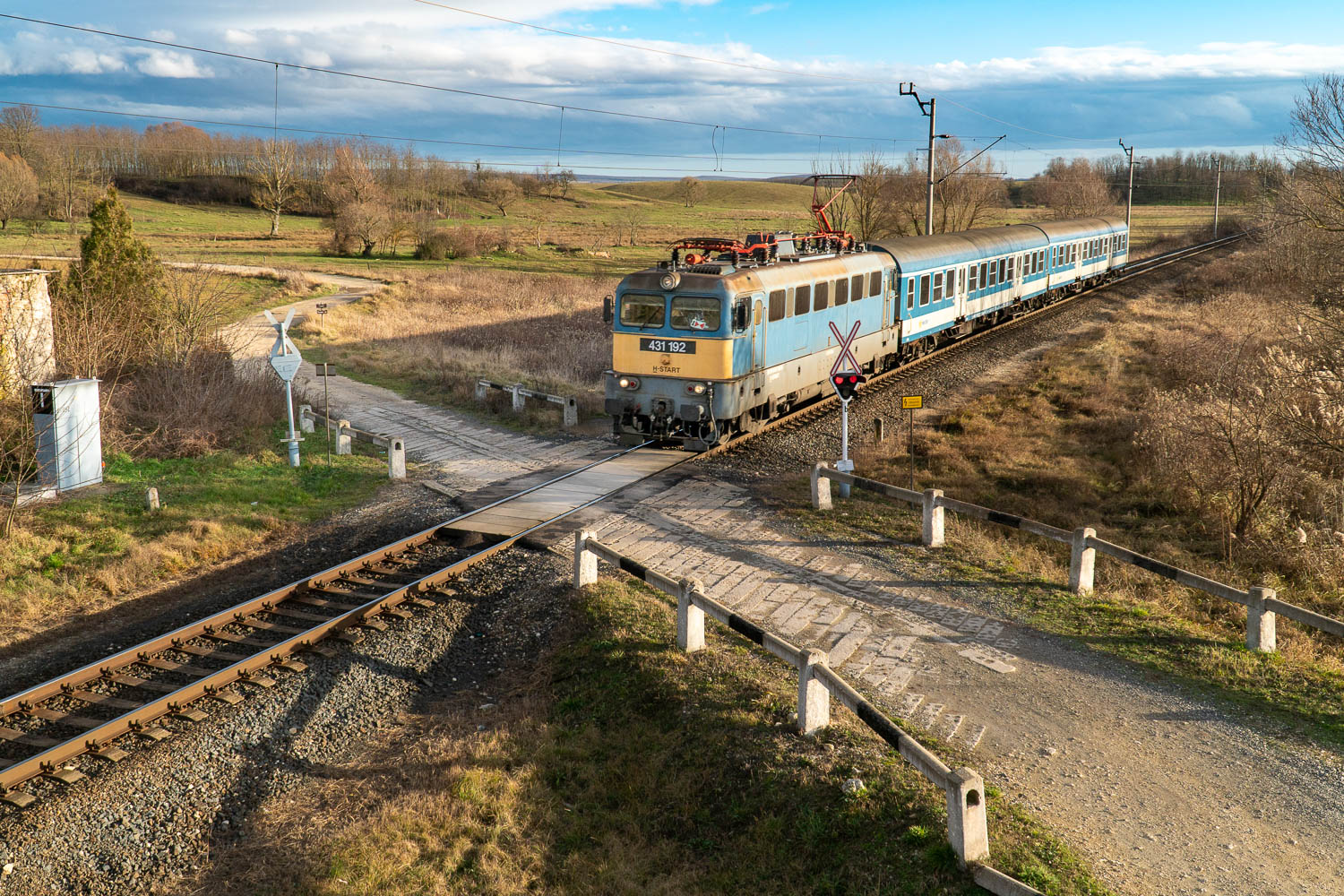 Devecser, Szentkút, December 29, 2020 14:42 - Leaving the Bakony region, the railway reaches a flat land near Devecser, namely the Marcal Basin which is the southernmost region of the Little Hungarian Plain (Kisalföld). In addition to the Bakony and Göcsej InterCity trains which run alternately every hour, the state railway also managed to condense some passenger trains into the schedule. These extra trains with two carriages mostly run completely empty, their long waiting times at the stations show that they even interfere with each other, while also slowing down freight traffic during the day.